The processing techniques for thermoplastic composites differ depending on their properties and areas of application. For long-fiber-reinforced thermoplastics, processors use injection moulding or extrusion. UD tapes can be processed by tape laying or tape winding. The processing methods are described in more detail below.

Injection moulding is used in plastics processing and is a form procedures. This process allows an almost free choice of shape and surface structure, such as patterns, grains or smooth surfaces. During injection molding, the machine liquefies or plastifies the thermoplastic material and injects it under pressure into a mould. Due to cooling, the plastic solidifies and can be removed from the mould after opening.

Long-fiber-reinforced thermoplastics as granules are particularly suitable for injection moulding.

During extrusion, plastics are continuously melted and pressed as a viscous mass from a pressure chamber through a shaping die. The moulding compound is granulate or powder, which is plasticized and compacted. The finished pressed part is endless and is cooled in the next step by water or air so that the mould hardens. The extrusion process is frequently used for pipes, sheets and films. Window frames are also produced with this process.

Long fiber-reinforced thermoplastics are particularly suitable for this process.

The laser-supported tape laying or winding is used to manufacture high-performance lightweight components such as aircraft wings. These processes are regarded as a promising option for processing endless fibre-reinforced thermoplastics. Unidirectional tapes, so-called UD tapes, are generally used in the tape laying process. UD tapes are endless fibre-reinforced tapes of different widths with unidirectionally aligned reinforcing fibres in which glass or carbon fibres are embedded so ideally in a thermoplastic matrix that completely new possibilities arise in the production of components.

Now there are differences in the further procedure, because during tape laying, the connected thermoplastics are guided over the tool mould in a load-adapted path. On the other hand at the tapewinding process, it moves around a winding core. The UD tape strips away from a supply spindle and is welded to the already processed tapes by continuous laser irradiation.

The winding process is particularly suitable for the production of complex three-dimensional components such as tanks.

There are many different methods for of thermoforming, for example using vacuum, compressed air or a hydraulic press. For these processes, a distinction is made between the often fibre-reinforced material used as follows: Thinner semi-finished products are called foils, from approx. 1.5 mm they are called plates.

First at the thermoforming process, the foil is heated on one or both sides (depending on the process) in a heating station with a radiant heater. The foil becomes soft and to prevent sagging, it is sightly strechted and held in place with the aid of a clamping frame. If you thermoform with a hydraulic heating press, the foil moves into a pressing tool with a positive and negative stamp and is pressed into the respective mould. After that the component is demoulded and cooled. Finally, the tool is ready and you can add holes for example.

The other methods, such as the vacuum process, are similar, except that the forming process uses a vacuum to pull the foil into the desired shape. 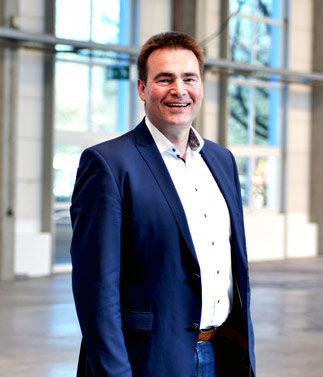